Into the Wilderness with the Children of Israel

To have a start up in the 21st Century is definitely an adventure. It is like trekking on the mountain range of trends and techno waves. The mountain range is more virtual than ever; the reality is that it speaks of a great deal of opportunities as well as uncertainties for the 21st-century entrepreneurs. Therefore, it is important to glean some guiding principles to tread the “foreseeable” terrain of uncertainties.

Here are the 8 principles I am about to share in the coming weeks for the entrepreneurs who are at their start-up stage.

This list of principles is a wonderful source of encouragement for the journey ahead. The principles I am about to share are somewhat ancient as their wilderness experience took place over one thousand four hundred years ago. You may wonder if the Children of Israel have anything to do with today’s nation of Israel. The answer is definite. They were the forefathers of the Jews. The nation was named after Israel, who was the son of Isaac, grandson of Abraham.

To begin with, why did the Children of Israel have to leave Egypt in such manner?

Let me explain. The Children of Israel had a love-hate relationship with Egypt – another familiar name for today’s known world. Jacob (Israel), a Hebrew, favoured his youngest son Joseph more than the other sons. Out of jealousy, Joseph was being sold by his brothers into slavery in Egypt. The story did not end there. Joseph had then become a legend – a former slave who rose to power in Egypt when he turned only 30 years old.

How did a slave turn into Prime Minster? The answer was simple.

Joseph gave Pharaoh king of Egypt a win-win business proposal that could save Egypt from a 7-year famine, and that would also make Egypt very rich. Pharaoh gladly accepted his grand plan and as all wise boss would do, he appointed Joseph as the project manager. After Joseph’s successful project, he became the second person-in-charge other than Pharaoh.

Was this your experience? Or someone else’s?

And just as most Asians would do when they realised a brother was doing well elsewhere, Joseph’s family moved temporarily to Egypt to stay with him. Their stay was longer than expected and became permanent that lasted for generations; they lived in Egypt for 400 years. As soon as Joseph were being forgotten, the Children of Israel had become slaves again. It was a sad story.

Now, back to where the movie The Ten Commandment ends, the Children of Israel have crossed over the Red Sea. They were no longer slaves. They were free, but was it true? What was next? They were now walking (no vehicles, no aircraft or helicopter) in the wilderness, going towards their Promised Land.

Do you see the parallel here? The analogy is that the wilderness journey is comparable to the start-up journey for all entrepreneurs; you have left your full-time slavery job, now you are free and looking forward to your financial freedom. What is next? There is some distance between where you are now and the success you see in the future. What are you going to do?

Mind you the Children of Israel were in the wilderness for 40 years. Their experience was full of extreme tastes of life: sour, bitter, sweet, … etc. Most probably, by learning from them, entrepreneurs like us could take the shortcut, that is the “eleven days to get out of the wilderness”.

I am certain that financial freedom is reachable in the shortest time possible if we apply these ancient principles – they are wisdom and they are gold.

Get your first step right by following the 8 Ancient Principles for the 21st Century Entrepreneurs, the next article is “Get your Manna (what is it?) supply daily”. 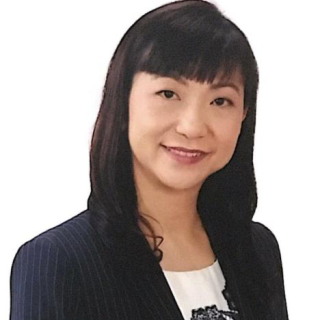 I am a professional consultant helping business owners to mitigate their business risk, plan for their business succession and retirement. Connect with me at louiselee.apx@gmail.com.